By Carol Gentry
State Sen. Joe Negron’s “Healthy Florida” plan, officially launched without dissent Thursday by the Senate Appropriations Committee, has already attracted support from a broad swath of industries and leaders of both political parties.

Republicans and Democrats on the panel said they see it as a creative way to solve both a health-access problem and a political dilemma: How to cover 1 million low-income uninsured adults, using federal Medicaid-expansion funds tied to the Affordable Care Act, without actually expanding Medicaid, a program that has become politically toxic in the GOP?

Negron’s answer: Create a separate plan that would be managed not by the government but by a popular non-profit, the Florida Healthy Kids Corp. And while billions of dollars would flow to it through the federal Medicaid program, the new plan would not carry that name.

“We’re not putting one more citizen of Florida into the Medicaid program,” declared Negron, chairman of the Appropriations Committee. 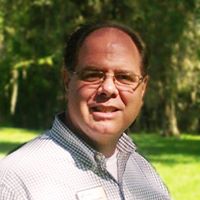 If you do not have a HR360 user name and password, but would like to know what this resource has to offer, email us at info@floridainsurancebrokers.com for a trial subscription.